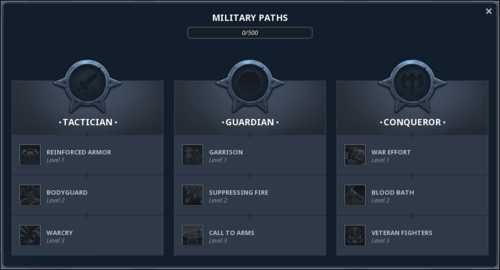 Military Experience is a resource linked to the Military paths mechanic. It is obtained by defeating enemy or losing unit in combat and allows for the unlocking of military abilities. When reaching 500 military experience, the player gets to choose between 3 different military branches: The Tactician Path, the Guardian Path or the Conqueror Path.

Every Unit in Northgard gives some XP when killed. The XP changes depending on what difficulty the player's is in. Losing a clan member gives half the xp as killing one.